Volume 15, Issue 2: About the Authors 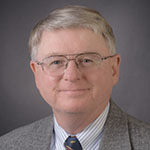 Stanley D.M. Carpenter The Rise and Fall of the Austro-Hungarian Navy, 1900-1918

Stanley D.M. Carpenter is Professor Emeritus from the U.S. Naval War College in Newport, Rhode Island and is a retired US Navy captain. At the College, he served as a Professor of Strategy and Policy,, Command Historian, and Head of the Strategy and Policy Department in the College of Distance Education. His specialties include British naval and military history, Tudor-Stuart Britain, the War of American Independence, and the 20th century world wars. 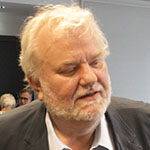 Ulrich van der Heyden The Unatoned War Crime of the First World War: The Sinking of a Hospital Ship by U-86

Prof. Dr. Dr. Dr. Ulrich van der Heyden is a Visiting Research Professor at the University of South Africa, Pretoria; Dr. phil. & Dr. rer. pol. habil. & PhD (Rhodes/South Africa). He is a global and colonial historian and a political scientist with a focus on Africa. He published more than 60 monographs and more than 200 scientific articles. He is probably the only German habilitated humanities scholar who received three doctorates. 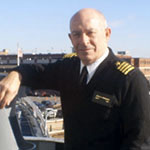 Captain John Rodgaard, USN (Ret.) has over 41 years with the naval service of the United States, with 29 years of commissioned service as a naval intelligence officer. He co-authored  A Call To The Sea: Captain Charles Stewart of The USS Constitution (2005); author of A Hard Fought Ship: The Story of HMS Venomous (2010 & 2017), and the co-author/editor of From Across the Sea: North Americans In Nelson’s Navy (2020). He is the recipient of the Naval Institute’s History Author of the Year for the year 1999. He has contributed to Naval History Magazine, the Mariner’s Mirror, and the Naval History Foundation’s Naval History Book Reviews. As the North American Secretary for The 1805 Club, he is the co-editor of the Club’s annual The Trafalgar Chronicle. Captain Rodgaard holds an A.B. in History and Political Science; an M.A. in Political Science, and a 1994 graduate of the Naval War College. 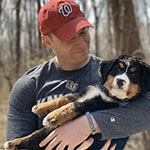 Michael Anderson Kamikazes: Understanding the Men Behind the Myths

Michael Anderson is a United States Army officer currently attending the United States Marine Corps Command and Staff College, Quantico, Virginia.  He is a graduate of the University of Central Florida with a Bachelors of Arts in History and Political Science International Relations and holds a Masters of Arts in Military History from Norwich University. He has completed four overseas deployments including to the Middle East, Central and East Africa. Previous publications include topics on leadership, military history, and current affairs. 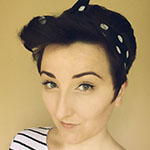 Heather M. Haley is a Ph.D. candidate at Auburn University who focuses on twentieth-century U.S. social and military history. Her primary research identifies how citizenship rights and military service intersected in the Cold War U.S. military. In her dissertation project, “Unsuitable and Incompatible: Ensign Vernon “Copy” Berg, Bisexuality, and the Cold War U.S. Navy,” Heather chronicles the incongruities in official policy between the Civil Service Commission (CSC) and the armed forces as they related to the compatibility of homosexuals—a catch-all that includes gay men and women and bisexuals—with federal employment and active duty military service. This research has received financial support from the Adams Center for Military History & Strategic Analysis at the Virginia Military Institute, the Society for Military History, and the History Department at Auburn University. 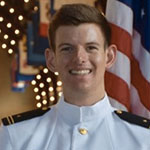 Ensign Bunyard is a 2020 graduate of the United States Naval Academy, where he majored in Political Science and led the Yard Patrol Squadron as its spring semester Commodore. After completing Carnegie Mellon’s Master of Information Technology Strategy program in 2021, he will report to Pensacola, Florida, for training as a Student Naval Aviator. Ensign Bunyard’s articles have appeared in Proceedings and the US Naval Institute blog. 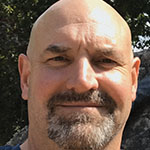 Dr. Chuck Steele is an Associate Professor of history at the United States Air Force Academy. He has served as the course chair for USAFA’s offerings in naval history, military thought, technology and warfare, the core and scholar’s courses in modern military history, and the history of the First World War. He is a graduate of the University of California, Berkeley (BA, History 1987), King’s College, the University of London (MA, War Studies 1990), and West Virginia University (Ph.D., History 2000). Chuck served as the first Defense Editor of Rotor and Wing magazine and subsequently worked as an Assistant Professor of history at the United States Military Academy (fall 2002-summer 2006). He is the books review editor for the International Journal of Naval History and has written on naval affairs for Naval History, the Journal of the Australian Naval Institute, and the UK’s Naval Review. Chuck is also a PADI certified Divemaster with elementary training in Nautical Archeology from Britain’s Nautical Archeology Society.

(Return to December 2020 Table of Contents)

(Return to December 2020 Table of Contents)