View from the Quarterdeck: July 2014 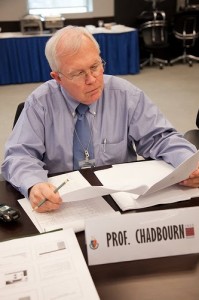 Have you ever wondered why it is that some individuals seem to be almost innately curious about the study of history? I vividly recall my mentor at the University of Washington, Professor Wilton B. Fowler, saying at the beginning of his course on U.S. Diplomatic History, “History is both my vocation and my avocation!” For a young graduate student just off three years of sea duty as a Surface Warfare Officer in the United States Navy, those words expressed both enthusiasm and inspiration for the intellectual examination of the past, as well as genuine love for the subject.

In essence, Dr. John B. Hattendorf, Ernest J. King Professor of Maritime History at the United States Naval War College, raises a somewhat similar question in his article, “Changing American Perceptions of the Royal Navy Since 1775.” Why do nations decide to expend resources to build navies? Professor Hattendorf observes that a navy is not only “an expression of a nation’s power” but also reflects “the nature, character and spirit of its people and its institutions.” These things did not spring newborn with the birth of the American nation, but rather have developed over almost three centuries. Professor Hattendorf offers an engaging intellectual analysis of how the American Navy has viewed its English counterpart during this period through what he calls a “changing kaleidoscope of viewpoints.” The perspective of the American Navy has grown from that of “being an enemy and infant offspring to peer- competitor and close ally.” The impact of the Royal Navy on their American cousins is not lost to the careful reader.

Likewise, Dr. Hazel Sheeky Bird, an Independent Scholar in Great Britain, in her article, “Naval History and Heroes: The Influence of U.S. and British Navalism on Children’s Writing, 1895-1914,” examines how naval advocates in both Britain and America were instrumental in producing books for children touting the importance of sea power for national greatness in the years prior to the First World War. Dr. Bird demonstrates that clearly by 1910 British naval writers “sought to underplay historic antagonism between the two countries, American writers often emphasized it.” Dr. Bird concludes these authors not only “shaped British and American children’s views of their future allies” but also prepared them for the roles their nations would play in the coming decades. A sense of national identity stems from many sources, not the least of which is the influence of literature which we read to children from an early age.

Analyst William Kyle, a recent graduate of the University of Mary Washington, and Navy LT Brent Powers, examine the significance of the so-called “pivot to China” in American Foreign Policy and its impact on the United States Navy. Mr. Kyle focuses on what his paper calls “The Strategic Logic of the American ’Pivot to the Pacific’” in his work which examines the current strategic environment in that region with particular attention to the challenges posed to American Naval Power in East Asia. He concludes that “the ‘strategic pivot ’is a direct application of smart power instead of a fear and insecurity-driven policy as realists have suggested.” He argues that in an era of “shrinking Navy force structure and modernization budgets, a national security strategy based on ‘smart power’ principles to lessen the need for Cold-War like naval forces in the region may be the only viable option.” In “Learning to Fail: Lessons for the Twenty-First Century from the Pacific War,” LT Powers looks at the potential of future naval conflict in the region through the lens of failures in naval warfare experienced during the momentous naval engagements of World War II in the Pacific. Both articles remind us of the international dimensions of war at sea.

In our inaugural issue I promised to try some new approaches with future editions of IJNH, as well as to mentor our younger colleagues, the next generation of naval historians. In this edition we do both. Our final article is a brief, 10-minute documentary on “Vietnam War Prisoners of War: Taking Responsibility When Deprived of All Rights” which won first place as a group documentary at the recently concluded National History Day Competition at the University of Maryland in College Park. Not only is this a “visual article,” it was produced by junior colleagues who display sophisticated understanding of the issues surrounding American Prisoners of War in Vietnam. I think you will agree it tells a remarkable story of human courage and perseverance in war under the most trying of circumstances. Much of the footage in this documentary is original and never seen before.

(Return to the July 2014 Issue Table of Contents)