This article is the second edition of our continuing series which allows readers of this journal who are interested in international naval history and related topics to share with colleagues ideas on good books to read which may be of general interest.   Contributions are not intended to be full book reviews, rather simply suggestions for worthwhile reading.  Most selections, of course, will probably come from historical monographs and will be naval in nature, but other genres are welcome as well.   Nor do these suggestions necessarily have to be recently published items, although of course those are especially helpful.  As the writings of Sir Julian Corbett, Carl von Clausewitz, and even Thucydides demonstrate, older works often retain their usefulness for contemporary readers for generations.  If you would like to contribute to this on-going series please send your submission directly to the Editor of IJNH. Some of the more interesting books I read every year come from the recommendations of my colleagues.

Think you’re having a bad day? Consider poor Alexander who wakes up with the chewing gum that was in his mouth the night before in his hair – and then things go rapidly downhill from there. He thinks he will move to Australia – where obviously things are better. Everyone should read this delightful ALA Notable Children’s Book at least once a decade as a reminder that things could always be worse – even in Australia!

Dean King, SKELETONS ON THE ZAHARA: A True Story of Survival (2005)

I have just finished a great book entitled Skeletons of the Zahara, a true story about a commercial vessel, the Commerce, that was wrecked off the coast of the Western Sahara, Africa, in the early 1800s, and the survival of its crew who had to sell themselves into slavery to survive. These twelve American sailors found themselves tested by incredible adversities which brought them close to death during a hellish, two-month journey on camelback through the desert. The book offers a gripping account of courage, brotherhood, and survival. Reviewers have accurately described the book as “a masterpiece of historical adventure.”

Life in a Jar is one of those stories of an educational experience that is difficult to put down. It chronicles the process of creating a National History Day performance for four teenage girls in Kansas who have chosen to learn all they can about an unsung heroine of the Warsaw Ghetto, Irena Sendler. They begin with very little information and uncover the story of one of the bravest women of the 20th century. In the process, they learn a few things about themselves. I recommend this to anyone interest in the impact of a powerful and rigorous educational program on the lives of young people.

When the media briefly focused attention on Michael Herr’s death in June I decided to get the latest paperback reprint of his famous Dispatches from 1977 (I bought the 2015 Picador Main Market Edition from Amazon UK). As a Vietnam War correspondent Herr described his experiences with 60s-style flourish for the readers of Esquire magazine, so the pithy yet meandering style—what Hunter S. Thompson popularized at the time as ‘Gonzo journalism’ perhaps—takes some getting used to especially if you’re daily absorbed in academic texts that don’t like sentence fragments for example. But the fast pace and details, the focus shifts from big picture war and ’60s American culture to some awful scene of a young soldier shot and bleeding to death on a helicopter, are effective in giving the reader a feel as well as knowledge. Overall the feeling is uncomfortable, as 28 year-old Herr manages to express many anecdotes into something like a tragedy. Vietnam is a tragedy, war is a tragedy, shedding innocence (and blood) is a tragedy. Aside from this I’ve found Dispatches to be a fascinating time-capsule of a now bygone era. As a piece of ‘history’ it shows us how different people were and yet the humanity is clearly timeless.

Allied troops landed on the beaches of Normandy in June of 1944 while suffering an astonishingly low rate of casualties. A stunning military accomplishment, it was also a masterpiece of trickery. Operation Fortitude protected and enabled the invasion. The Double Cross system specialized in turning German spies into double agents, tricking the Nazis into believing that the Allied attacks would come in Calais and Norway rather than Normandy. Perhaps the most sophisticated and successful deception operation ever carried out, it ensured Allied victory at the most pivotal point in the war. – A great read!

I don’t think my reading this summer would be of much interest to your readers. It has almost entirely been focused on research for my 1917-2017 book, in particular German naval documents and German naval/military memoirs from WWI, with a special eye to the decision in early 1917 to resume unrestricted submarine warfare. It is dry stuff, though it does give rise to thoughts about how the country with the best PME system of its time could produce senior military leaders who were so bad at strategic assessment, COA selection, and effective communication with political leaders. I have read only one novel recently, Joseph Conrad’s THE SECRET AGENT. (1907). It is nominally about state-sponsored terrorism, not naval history, but it mostly reflects Conrad’s notoriously bleak view of human nature. His book does have some resonance for this summer. He suggests that the micro-motives of individuals involved in acts of terrorism sometimes have only a tenuous, or at least very complex, connection to the macro-themes of the larger terrorist movements of their time—in his era, the anarchism of the early 20th century. That seems also to apply to some of this summer’s acts in relation to the larger radical jihadist movement of the 21st century.

Meg Jacobs. PANIC AT THE PUMP: THE ENERGY CRISIS AND THE TRANSFORMATION OF AMERICAN POLITICS IN THE 1970S (2016)

In Panic at the Pump, Meg Jacobs, a Research Scholar at Princeton University, provides a well-researched account of the oil crises of the 1970s and the inability of American politicians to craft an effective energy policy. Jacobs not only explains the political, economic, and environmental obstacles involved, she also goes to great lengths to capture the financial and psychological impact of the crises on the average American consumer. Of particular interest to military historians is the link between the energy shortages of the 1970s and increased U.S. military involvement in the Middle East. With the proclamation of the Carter Doctrine in 1980, the United States made it clear that energy security was a vital national interest and that it would use force to ensure the free-flow of Persian Gulf oil. Panic at the Pump is a must-read for those seeking an appreciation of the political and economic motivations behind the American military’s strategic pivot to the Persian Gulf in the early 1980s.

Antonin Dehays. Translated from the French by John Bro. Sainte-Mere-Eglise: An American Sanctuary in Normandy 1944-1948, From the D-Day Battles to the Creation of American Temporary Military Cemeteries (2015)

“I rode my bicycle from Norman village to village and knocked on doors to find the oldest citizens to interview,’ commented Dr. Dehays in an interview in Bayeux, France, towards the end of the 2016 Normandy: Sacrifice for Freedom Albert H. Small Student and Teacher Institute. Dr. Dehays was our guide and interpreter who emphasized the vagaries of memory as demonstrated he gently but firmly corrected a detail in the mayor of Angoville-au-Plain’s reminiscence of the D-Day paratrooper landing. Memory often conflicted with history, hence the need for careful cross-checking of the facts.
Dr. Dehays’ encyclopedic grasp of the human factors, his interviews plus years of research poring over thousands of documents and photographs from the National Archives in College Park, Maryland, and French and German archives culminated in this copiously illustrated book in French which has been beautifully translated into English. Anyone who has ever visited, or plans to visit, the American Cemeteries in France will find this study both moving and helpful.

This work provides an impressive survey of the Royal Navy’s submarines, undersea operations, and naval policy during the Cold War. It is clear that British submariners enjoyed considerable access to American submarine equipment, intelligence, plans, and communications and benefited greatly from this access. At the same time, the British clearly believed that if they were unable to offer something to the Americans in return, they would lose their privileged access to the U.S. Navy’s assistance. As a result the British undertook deep penetrations of Soviet waters to gain valuable intelligence on the soviet Navy so as to have something to offer to Washington. I am not sure whether the British were right in their view, but it clearly influenced their behavior. 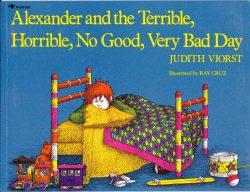 ALEXANDER AND THE HORRIBLE, NO GOOD, VERY BAD DAY

THE SILENT DEEP: THE ROYAL NAVY SUBMARINE SERVICE SINCE 1945 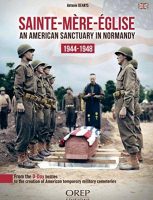 Sainte-Mere-Eglise: An American Sanctuary in Normandy 1944-1948, From the D-Day Battles to the Creation of American Temporary Military Cemeteries

PANIC AT THE PUMP: THE ENERGY CRISIS AND THE TRANSFORMATION OF AMERICAN POLITICS IN THE 1970S

DOUBLE CROSS: THE TRUE STORY OF THE D-DAY SPIES

LIFE IN A JAR: The Irena Sendler Project

SKELETONS ON THE ZAHARA: A True Story of Survival