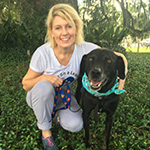 Samantha Cavell is the Assistant Professor in Military History at Southeastern Louisiana University. She teaches both undergraduate and graduate courses in American and Global Military History, including courses on the history of the U.S. Navy and sea power. Her publications include Midshipmen and Quarterdeck Boys in the British Navy 1771-1831; chapter contributions to The Battle of New Orleans Reconsidered; U.S. Naval Academy’s New Interpretations in Naval History; Biography and History in Film; From Across the Sea: North Americans in Nelson’s Navy, as well as numerous journal articles. A native of Australia, she received her MA from Louisiana State University, and her PhD from the University of Exeter, Center for Naval and Maritime Studies in the UK. She is currently working on a book project about the Royal Navy’s role in the final year of the War of 1812. 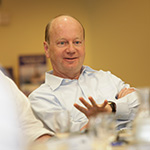 Rear Admiral James Goldrick had service around the world in the Royal Australian Navy and on exchange with the British Royal Navy. An anti-submarine specialist, he commanded HMA Ships Cessnock and Sydney (twice), the Australian Surface Task Group and the multinational maritime interception force in the Persian Gulf in 2002 and Australia’s inter-agency Border Protection Command in 2006-2008. Other commands included the Australian Defence Force Academy (twice – 2003-2006 and 2011-2012), and the Australian Defence College (2008-2011). Adjunct Professor at UNSW Canberra, he is also Adjunct in SDSC at the ANU and a Professorial Fellow of ANCORS at the University of Wollongong. He has published in many academic and professional journals and contributed chapters to more than 40 books. His books include: The King’s Ships Were at Sea: The War in the North Sea, August 1914 – February 1915. A much revised and extended edition Before Jutland: The Naval War in Northern European Waters, August 1914-February 1915 won the Anderson Medal of the Navy Records Society for 2015. It was followed by After Jutland: The Naval War in Northern European Waters: June 1916-November 1918. Other books include No Easy Answers: The Development of the Navies of India, Pakistan, Bangladesh and Sri Lanka and, with Jack McCaffrie, Navies of South-East Asia: A Comparative Study.

This entry was posted in Editorial and tagged editorial, new board members. Bookmark the permalink.