Volume 16, Issue 1: About the Authors 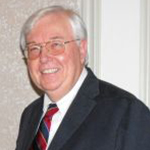 Colin F. Baxter, Professor Emeritus of History, East Tennessee State University, was born in Harrow, England, earned a BSc at East Tennessee State University, an MA and PhD from the University of Georgia. His first teaching post was at Furman University, Greenville, South Carolina, where he taught British and European history. He is the author of five books: The Normandy Campaign, 1944: A Selected Bibliography (1992); The War in North Africa, 1940-1943: A Selected Bibliography (1996); Field Marshal Bernard Law Montgomery, 1887-1976: A Selected Bibliography (1999): Co-author and contributor to The American Military Tradition from Colonial Times to the Present. (2007). He wrote Montgomery’s entry in the online Oxford Military Bibliographies series.  His most recent book, The Secret History of RDX: The Super-Explosive that Helped Win World War II, was published in 2018 by the University Press of Kentucky. 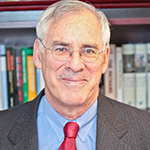 Richard J. Danzig Our Insecure Futures: How Can We Prepare and Cope?

Richard J. Danzig served as the 71st Secretary of the Navy from November 1998 to January 2001. He was Undersecretary of the Navy, 1993-1997. He has also served as The Chairman of Board of The Center for a New American Security, Vice Chair of Rand, a member of the President’s Intelligence Advisory Board and the Secretary of Defense’s Defense Policy Board. Born in New York City, he received a BA from Reed College, a JD from Yale Law School, and a  Bachelor of Philosophy and Doctor of Philosophy from Oxford University where he was a Rhodes Scholar. Upon his graduation from Yale, Dr. Danzig served as a law clerk to U.S. Supreme Court Justice Byron White. He is co-author of the book, National Service: What Would it Mean? In May 2013 he delivered the Philip A. Crowl Memorial Lecture to the Naval War College in Washington, DC, published for the first time in the International Journal of Naval History. 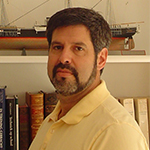 Larrie D. Ferreiro The Wrong Ship at the Right Time: The Technology of USS Monitor and its Impact on Naval Warfare

Larrie D. Ferreiro is a naval architect and historian.  He is the 2017 Pulitzer finalist for History, for his book Brothers at Arms: American Independence and the Men of France and Spain Who Saved It. He recently published Bridging the Seas: The Rise of Naval Architecture in the Industrial Age, 1800–2000 with MIT Press, following his 2006 book Ships and Science: The Birth of Naval Architecture in the Scientific Revolution, 1600–1800.  He received his PhD in the History of Science, Technology and Engineering from Imperial College London. He teaches history and engineering at George Mason University in Virginia and has served for over forty years in the US Navy, US Coast Guard and Department of Defense. 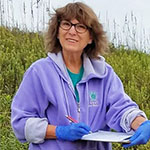 Karen Johnson is the Librarian for the U.S. Courts Library in Norfolk, Virginia, and recently celebrated her 35th anniversary with the court.  She received her Masters of Information and Library Science from The Catholic University of America. She enjoys reading, puzzles, walking on the beach with her dog, Luna Pearl, and volunteering for the Network for Endangered Sea Turtles and the OBX Marine Mammal Stranding Network. 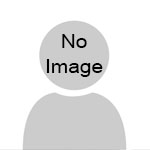 Patrick Maier earned his BA in History at Depaul University and is currently working in Chicago. While mainly focused on military history, naval history has held a particular interest for him ever since finding a tattered copy of Patrick O’Brian’s Master and Commander at a used bookstore. His paper regarding John Montagu’s contributions to the British Navy was written during his senior year at Depaul Universtiy with the guidance of Professor Thomas Mockaitis of the History Department. 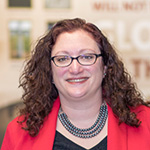 Lynne M. O’Hara is Director of Programs for National History Day® (NHD). She joined NHD in 2013, after 12 years in the classroom at middle and high school level. She received the Patricia Behring Teacher of the Year Award in Pennsylvania and was a national finalist. She is a National Board Certified Teacher (Adolescent and Young Adolescent Social Studies) and the 2003 James Madison Memorial Fellow from Pennsylvania. She is the project manager for Understanding Sacrifice, a teacher resource developed for the American Battle Monuments Commission and has managed contracts for the National Cemetery Administration’s Veterans Legacy Project and the Library of Congress. She holds a BA in history from the Schreyer Honors College at Pennsylvania State University, where she earned inter-disciplinary honors in history and geography. Ms. O’hara also completed an MA in U.S. History at Villanova University. 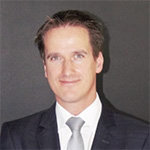 Matthijs Ooms It’s a navy’s job, only no navy can do it! Understanding and Addressing Western Neglect of Maritime Trade Protection 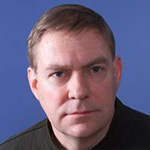 Michael E. Vlahos The Might that Failed: Jutland and the Wages of Ceremonial Battle

Michael E. Vlahos is a professor at The Johns Hopkins University Advanced Academic Programs. He has taught over 80 courses on war and strategy at the graduate level for Johns Hopkins School of Advanced International Studies (SAIS), U.S. Naval War College, Johns Hopkins Advanced Academic Programs, and Centro de Estudios Superiores Navales of Mexico. He served in the United States Navy, as a senior executive in the State Department, and as a Soviet naval analyst in the Central Intelligence Agency. He was a member of the Defense Science Board during the Global War on Terrorism. He is the author of Fighting Identity: Sacred War and World Change (2008), The Blue Sword: The Naval War College and the American Mission, 1919-1941 (1980), and numerous articles in professional journals. He received his AB from Yale and PhD from the Fletcher School of Law & Diplomacy, Tufts University. Dr. Vlahos is the recipient of writing awards from the Johns Hopkins Applied Physics Laboratory, the US Naval Institute, and the Naval War College Review.

This entry was posted in Authors and tagged authors, IJNH, may 2021. Bookmark the permalink.