View from the Quarterdeck: December 2021 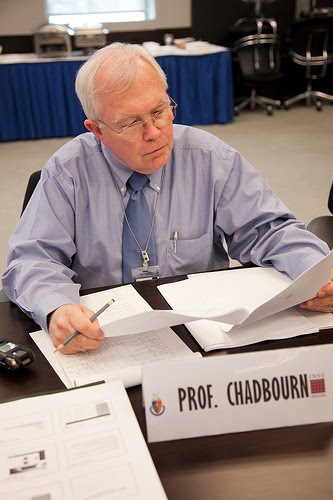 With the coming of 2022, the International Journal of Naval History begins its third decade of publication. Dr. Gary Weir, the Founding Editor Emeritus, recognized the importance of digital scholarship in the historical profession ahead of many contemporaries. The IJNH remains as he originally conceived it: a digital journal intended to be a naval history forum designed to stimulate naval historical research and foster communication among historians. To that end, contributions to this issue come from scholars in the United States, Denmark, and the United Kingdom.

A significant announcement of interest is that I am pleased to welcome two distinguished Naval Historians to the IJNH Editorial Board. Dr. Samantha A. Cavell comes to us from the University of Southeastern Louisiana, where she is Assistant Professor in Military History after completing her doctorate at the University of Exeter Center for Naval and Maritime Studies. She offers a fascinating insight into the interweaving of events in Europe and America as a context for understanding the Battle of New Orleans in the War of 1812. She is currently working on a book project about the Royal Navy’s role in the final year of the War of 1812.

Rear Admiral James Goldrick is a sailor-scholar who has served worldwide in the Royal Australian Navy. He has commanded afloat at all levels and twice at the Australian Defence Force College and the Australian Defence College. Admiral Goldrich has published widely in many academic and professional journals and contributed chapters to more than 40 books. His Before Jutland: The Naval War in Northern European Water, August 1914-February 1915, won the Anderson Medal of the Navy Records Society for 2015. More extensive bios on both Admiral Goldrich and Professor Cavell appear elsewhere in this issue of the journal.

In 1959 Billboard ranked Johnny Horton’s viral rendition of the Jimmy Driftwood tune, “The Battle of New Orleans,” as the year’s top song. However, reading Professor Samantha Cavell’s authoritative account, one quickly discerns this battle was about much more than just a catchy tune highly popular with American teenagers and country music fans. In her article on the Battle of New Orleans, Professor Cavell examines the English campaign to take the city during the War of 1812, mainly from the British perspective. With a concise, precise analysis, she effectively shows how events in Europe and America came together and how severe the threat of the English invasion was to the new American nation. The naval implications become clear. She also offers an interpretation of the actual broad intent of the raid on the southern coast, which she describes ultimately as being little more than a “half-baked invasion force” doomed to failure. Readers will no doubt enjoy the freshness of the author’s writing and her interpretation of the meaning of the Battle of Orleans for the conclusion of the War of 1812.

In “Admiral Zumwalt and changing OPNAV,” former U.S. Naval War College Professor Tom Hone describes succinctly in refreshingly crisp language the dramatic changes Admiral Elmo Zumwalt brought to the Navy during his time as Chief of Naval Operations from 1970 to 1974. These reforms would shake the Navy to its very core. During those years, anyone who served in the Navy remembers the famous Z-Grams, popular among sailors in the fleet. But not everyone is quite so widely aware of the extent to which reforms within the Office of the Chief of Naval Operations (OPNAV) and at the Naval War College guided by legendary Admiral Stansfield Turner proved equally profound in some cases, as instruments of long-lasting change. Hone is a master at telling this story.

Dr. Chuck Steele, a Naval Historian at the U.S. Air Force Academy, in “Admiral David Beatty: The Royal Navy Incarnate,” addresses the connections between the admiral and ethos in the Royal Navy during World War I. The issue considered is the degree to which Beatty conflated his fortunes with those of the organization he served and how this blurring of identities played an outsized role in coloring expectations for the Royal Navy in war and peace. Steele convincingly demonstrates that Beatty’s career in the Royal Navy is an instructive warning to those in naval service who would sacrifice competence in core proficiencies for the sake of a peculiar sense of fighting spirit. Viktor Stoll of the University of Cambridge writes about British imperialism in China in the late 19th century. Stoll explains the vagaries of British strategy in the period. His article offers a fascinating picture of policy complexity during European powers’ struggle for concessions in China in 1898.

Eminent Danish Historian Hans Christian Bjerg effectively provides context to the purchase of the Virgin Islands by the United States from Denmark in 1917. Many have forgotten that American Secretary of State W. H. Seward initiated an attempt to purchase the islands in 1865 as part of the United States’ examination of possible strategic expansion in the Caribbean following the American Civil War. The sale languished at the time, but concerns over the implications of German navalism for the Western Hemisphere by the early 20th century reawakened interest in the acquisition. Using Danish sources with which many Americans would be unfamiliar, Bjerg shows how events in Europe more so than in America influenced the purchase.

As part of our ongoing series “Inside the Archives,” Renae Rapp, Archivist at the SUNY Maritime College in New York, shares her knowledge of the richness of the collections at her institution. We also learn something about its history too. Naval historians may be surprised at the vital role played by RADM Stephen B. Luce, often described as the father of the Naval War College. In contrast, maritime historians can find a treasure of holdings about the merchant marine. And the excellent news is that many of these items are now available online. Rapp provides hyperlinks for direct access to many things in the SUNY Maritime College Archives. As a digital journal, where possible, we directly offer hyperlinks so interested scholars can access any items they might be interested in viewing. This approach is just one additional way to share our scholarship and knowledge in this virtual age. We encourage our contributors to follow this practice in future submissions where possible.

In closing, I especially want to thank the contributors who have shared their findings with us in this issue of IJNH or written book reviews. That is, after all, what historians and those interested in naval and maritime matters do. I invite all of you to contribute to that process. Our next issue is due out in the spring. And once again, Bravo Zulu to our splendid sponsors at the Naval Historical Foundation, especially RADM Sonny Masso and Dr. Dave Winkler.

This entry was posted in Editorial and tagged editorial. Bookmark the permalink.