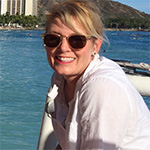 Samantha A. Cavell Napoleon and New Orleans: The Emperor’s First Surrender and its Impact on Britain in the Last Major Battle of the War of 1812

Dr. Sam Cavell is Assistant Professor in Military History at Southeastern Louisiana University. She received her PhD in Naval and Maritime History from the University of Exeter and writes extensively on the Royal Navy of the early nineteenth century. Sam is also the director of an online, oral history archive, “The Veterans of Recent Wars Project.” This regional effort to record and transcribe the stories of veterans, primarily from the wars in Iraq and Afghanistan, gives voice to those who served and provides a platform for both academic research and community outreach. 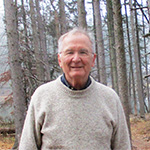 Dr. Hone (PhD, University of Wisconsin-Madison) is a former Principal Deputy Director of OSD (PA&E) and a former Assistant Director of the Office of Force Transformation in OSD. He is a co-author of the Navy’s centennial history of the Office of the Chief of Naval Operations, which is posted on the website of the Navy History and Heritage Command. He has also served on the faculty of the Naval War College. 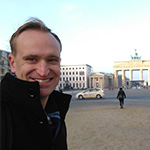 Viktor M. Stoll The ‘Public Mind’ of British Imperialism: The Seizure of Weihaiwei and the Populist Revolt against Official Far Eastern Policy in 1898

Viktor Stoll is a PhD candidate in History at the University of Cambridge where he examines the nexus of Great Power imperial competition, the professionalization of the social sciences, and comparative colonial administration. He previously served in a variety of planner and strategist positions with the US Army. He received his MA in Modern History from King’s College London and his BA from the University of Missouri. 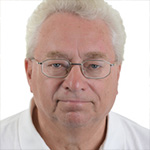 Hans Christian Bjerg The Purchase of the Virgin Islands in 1917: Mahan and the American Naval Strategy in the Caribbean Sea

Hans Christian Bjerg is a well-known Danish Archivist and Naval Historian. He is a former Chief Archivist at the Danish National Archives with particular interest in Danish naval and maritime history. In addition to teaching at the University of Copenhagen, he has also served as Danish Navy Historical Consultant.  Hans Christian is a charter member of the Editorial Board of the International Journal of Naval History. 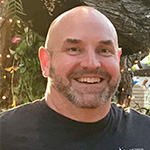 Dr. Chuck Steele is Associate Professor of History at the U. S. Air Force Academy serving as course chair for offerings in naval history, military thought, technology and warfare, the core and scholar’s courses in modern military history, and history of the First World War. He is a graduate of the University of California, Berkeley (BA, History 1987), King’s College, the University of London (MA, War Studies 1990), and West Virginia University (PhD, History 2000). Chuck was the first Defense Editor of Rotor and Ring Magazine. He taught as Assistant Professor of History at M. United States Military Academy (2002-2006) and is Book Review Editor for the International Journal of Naval History. He has written on naval affairs for Naval History, the Journal of the Australian Naval Institute, and the UK’s Naval Review. Chuck is a PADI certified Divemaster with elementary training in Nautical Archeology from Britain’s Nautical Archaeology Society. 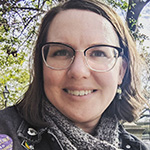 Renae Rapp Inside the Archives: The Merchant Marines in Maritime History

Renae Rapp is the Archivist and Scholarly Communications Librarian at SUNY Maritime College in Throggs Neck, New York. She holds a Master of Information Science in 2017 and a Master of Arts in Public History in 2019 from University at Albany, SUNY. Renae began working in archives in 2015 and has been an active member in regional and national archives associations.

This entry was posted in Authors and tagged authors. Bookmark the permalink.