Historians are fundamentally readers. The difficult question is how one selects what to read in the limited amount of time available. Book reviews of all kinds help us decide. So, to, do recommendations such as the U.S. Navy’s Professional Reading Program or the Professional Reading List of the Commandant of the United States Marine Corps. This column for the International Journal of Naval History plans to take a somewhat different approach. Over time we want to encourage our readers simply to share with one another titles of interesting books they have read recently, along with a brief description. Most selections, of course, will probably come from historical monographs, but other genres are welcome. If you would like to contribute to what I hope will become on-going series for IJNH please send your submission directly to me as Editor. Some of the more interesting books I read every year come from the recommendations of my colleagues. Here is the first edition of titles for your consideration.

This beautifully illustrated piece of children’s literature tells the moving story of little-known tradition to the outside civilian world, “the white table” originated during the time of the Vietnam War as a symbol for and remembrance to service members held prisoner of war or missing in action.  Solitary and solemn, it is the table where no one will ever sit.  Adults will find the story poignant; younger readers will come to appreciate the real sacrifice that war frequently demands.

Erik Larson.  DEAD WAKE: THE LAST CROSSING OF THE LUSITANIA (2015)

New York Times bestselling author Erik Larson provides a riveting account of a story we think we know but don’t.  Larson tells it thrillingly in his usual you-are-there fashion, examining events from the perspective of both the hunted and the hunter.  Larson explains how an array of forces, both grand and small, converged to produce one of the great maritime disasters of history.  Anyone interested in the First World War or great disasters at sea will find this book spellbinding.

Award-winning author Jonathan W. Jordan focuses on President Franklin Roosevelt, Secretary of War Henry Stimson, General George Marshall, and Admiral Ernest King in this edifying and entertaining treatment of American leadership in World War II. While his focus is clearly on these four, there is a whole supporting cast that includes the likes of Winston Churchill, George Patton, Harry Hopkins, and many, many more. The result is a behind-the-scenes drama that at times makes one wonder how we ever won and at others (more often) makes one so grateful that such men were at hand at such a critical moment in history.  This is worth the read whether one is an experienced historian or a novice to the subject.

Ian Nish. THE ORIGINS OF THE RUSSO-JAPANESE WAR (1985)

Nish offers a balanced, serious consideration of the internal tensions within the Japanese leadership regarding war with Russia, and a far greater reliance on primary source documents as evidence rather than newspapers and memoirs.  The most striking feature is a serious consideration of the internal struggle within the Japanese hierarchy.  Nish points to the genrō as a brake on the ambitions of the army and, especially, the foreign ministry which he sees as the driving force behind the war. This is part of the Origins of Modern War Series.

Sam Willis. THE STRUGGLE FOR SEA POWER, A NAVAL HISTORY OF THE AMERICAN REVOLUTION (2016)

The Struggle for Sea Power is a well-researched and well-documented book on the Age of Sail during the American Revolutionary War period.  Sam Willis spent five (5) years researching the American, British, French, Spanish and Dutch Navies’ involvement in American, Caribbean and European waters to provide a comprehensive overview of the their navies’ economic, political and logistical requirements for Sea Power.  I came away from reading this book with a great appreciation for the sacrifices made by Revolutionary War Americans and the French in the creation of the United States.

Anyone who has even been or plans to go to France will enjoy this bestseller that tells the remarkable story of the generations of American artists, writers, and doctors who traveled to Paris, the intellectual, scientific, and artistic capital of the western world, fell in love with the city and its people, and changed America through what they learned, as told by America’s master historian, David McCullough.

Alistair A. Horne.  HUBRIS: THE TRAGEDY OF WAR IN THE TWENTIETH CENTURY (2015)

This in-depth book by a distinguished British journalist, biographer and historian analyzes six key battles in the 20th century; validating the expression that (extreme) pride goes before destruction.  Horne addresses the strategies, leadership, preparation and geopolitical goals for each of the battles.  Anyone who enjoyed Horne’s earlier work A Savage War of Peace: Algeria, 1954-1962 will want to read this monograph as well.

In American Reckoning, Christian Appy, a professor of history at the University of Massachusetts and the author of two previous books on the Vietnam War, explores how the Vietnam War changed America’s perceptions of itself and challenged the notion that the United States was a force for good in the world. Appy draws on an impressive source base, which includes not only archival research and period music but also films such as The Green Berets, Apocalypse Now, and Rambo to illustrate the profound impact the war has had on the United States. Fifty years have passed since President Lyndon Johnson dispatched the first U.S. ground combat units to Vietnam, I strongly recommend American Reckoning to anyone seeking to better understand the impact of that decision for the U.S. military and the country as a whole.

Erik Larson. ISAAC’S STORM: A MAN, A TIME, AND THE DEADLIEST HURRICANE IN HISTORY (2000)

Isaac’s Storm IS the story of National Weather Service administrator for Texas, Isaac Cline, and the September 1900 hurricane that devastated Galveston, Texas. Larson’s story-telling is superb and is enhanced by survivors’ accounts of a hurricane that killed at least 10,000, changed the trajectory of the city, and altered what was then known about hurricanes. … the where, when and magnitude of hurricanes and not the least, how they produce catastrophic effects for the people and places caught in their path.

Geoffrey F. Gresh. GULF SECURITY AND THE U.S. MILITARY: REGIME SURVIVAL AND THE POLITICS OF BASING (2015)

National Defense University Professor Geoffrey Gresh advances a thesis that regimes in the Arabian Peninsula friendly to the United States welcome American boots on the ground when they perceive an external threat, but the welcome mat gets pulled when internal problems loom larger.  Of note to this reader, he explored the U.S. Navy presence in Bahrain, making extensive use of records I collected for my book, Amirs, Admirals, and Desert Sailors, Bahrain, the U.S. Navy, and the Arabian Gulf. Gresh made good use of these papers as well as other primary sources in a book that is recommended reading for those working with the region. 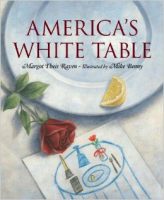 DEAD WAKE: THE LAST CROSSING OF THE LUSITANIA (2015)

THE ORIGINS OF THE RUSSO-JAPANESE WAR (1985)

THE STRUGGLE FOR SEA POWER, A NAVAL HISTORY OF THE AMERICAN REVOLUTION

THE GREATER JOURNEY: AMERICANS IN PARIS (2012)

HUBRIS: THE TRAGEDY OF WAR IN THE TWENTIETH CENTURY (2015)

AMERICAN RECKONING: THE VIETNAM WAR AND OUR NATIONAL IDENTITY (2015)

GULF SECURITY AND THE U.S. MILIT ARY: REGIME SURVIVAL AND THE POLITICS OF BASING (2015)